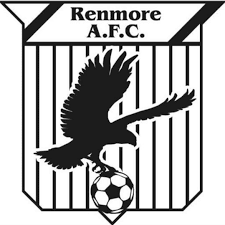 While many concerns can be dealt with in an informal manner to the satisfaction of all concerned, it is advisable that detailed records are maintained in respect of all complaints and that all parties are advised of the formal complaints and appeals procedure. All reasonable efforts to resolve matters should be exhausted at local level before accessing the appeals procedure.

The disciplinary committee/panel should furnish any participant with details of the complaint being made against them and afford them the opportunity of providing a response either verbally or in writing. In the event of a complaint against a child, the parents/guardians should be informed and advised of the process.

The disciplinary committee/panel should then hear the case of all parties involved and decide if a  rule or regulation has been infringed.

The disciplinary committee/panel should then inform in writing those involved of their decision and any sanctions if any that are to be imposed. This notification should be in writing, setting out the reasons for the sanction. (Written notification should be forwarded to parents if the proceedings involve a participant under eighteen years of age).

Any party unhappy with the findings of the disciplinary committee/panel can appeal the decision in writing to their respective superior body as per rules. Clubs, leagues, divisional associations and other football bodies should review their rules to ensure they contain a provision that facilitates an appeals procedure in this respect.

The appeal body should then rehear the case and all evidence, should be considered. The appeals body should have the power to uphold or reject the appeal or to vary, alter or set aside any sanction imposed by the disciplinary committee/panel.

Written confidential records in relation to disciplinary proceedings should be safely and confidentially kept on file (procedures should clearly define the possession of such records in the event of election of new officers).

Anonymous complaints can be difficult to deal with, however they cannot be ignored. All complaints relating to inappropriate behaviour/poor practice should be brought to the attention of the Chairperson of the Club. In all cases the safety and welfare of the child/children is paramount.

All complaints should be checked out and handled in a confidential manner. It is important to record all such complaints and actions taken. Specific advice on dealing with anonymous complaints can be got from your local HSE duty social worker or alternatively the Football Association of Ireland National Children’s Officer.

Rumours should not be allowed hang in the air. Any rumour/s relating to inappropriate behaviour/s circulating in the club should be brought to the attention to the Chairperson and checked out promptly. All ensuing information should be handled confidentially and with sensitivity.

Confidentiality is about managing information in a respectful, professional and purposeful manner. It is important that the rights of both the child and the person about whom the complaint has been made are protected. Therefore, appropriate confidentiality will be maintained in respect of all issues and people involved in concerns about the welfare of a child or bad practice within the club.

The following points will be borne in mind:

A guarantee of confidentiality or undertakings regarding secrecy cannot be given, as the welfare of the child will supersede all other considerations

All information should be treated in a careful and sensitive manner and should only be discussed with those who need to know.

Information will be conveyed to the parents/guardians of a child about whom there are concerns in a sensitive way.